Blueprint Gaming started out by suppling top quality gaming content to land based establishments before moving into the online market. The company is owned by Germany’s Gauselmann Group but is based in the UK. In addition to a fantastic collection of online casino games and slots, Blueprint Gaming’s games can be found on over 100,000 land based gaming terminals across the UK, Germany and Italy. The company slogan is “It’s all about the games” and it is immediately obvious that they take a great deal of care over every release.

As mentioned, Blueprint Gaming is a UK based company, but their games can be found in regulated markets around the world. The company is licensed by the UK Gambling Commission, the Alderney Gaming Control Commission, and the Malta Gaming Authority. All three of these authorities are highly respected so players can be sure that the games are entirely fair and that they are regularly tested to ensure that they remain so.

Over the years, Blueprint Gaming has won numerous awards in recognition of its work. Most recently, their slot release The Goonies won the Game of the Year award at the Gaming Intelligence Awards 2019 and they have won many other accolades in previous years.

What Makes Blueprint Gaming Stand Out From the Crowd

Blueprint Gaming’s growth from a local operation to an international supplier with games that are enjoyed both online and at land casinos around the world is testament to the quality of their products. It shows that their games are flexible and that they have wide appeal, meaning that there is a very good chance that you will enjoy playing them.

One of the reasons for this may be the number of branded games that Blueprint Gaming releases. They have managed to reach licensing deals that have led to slots based upon Beavis and Butthead, The Naked Gun, Austin Powers, ThunderCats, Casper the Friendly Ghost, Plants vs Zombies, Happy Days, Ted, Top Cat and many more. These games give players the chance to engage with their favourite films and television shows in a new and exciting way, and can often lead to some huge payouts.

Blueprint Gaming works hard to appeal to as broad a selection of players as possible and one of the ways they achieve this is by having very wide betting limits on their games. Those on small budgets will be able to afford all of their games, while high rollers have the option of betting hundreds per spin if they so wish. Thanks to this, the games are truly accessible to all players.

The games also stand out due to the huge number of features that are packed into them. If you enjoy games with bonus rounds then you will find Blueprint Gaming slots that offer many of them, far beyond the standard free spins and point and click games. In fact, on average Blueprint Gaming slots have three bonus features per game, meaning that there is always something to look forward to. Of course, these features can also help you win top payouts. Amazingly, some of their slots give you the chance to win 200 free spins at once, without the need to retrigger the feature.

All of the top developers pay a great deal of attention to security and fair play, and Blueprint Gaming is no exception. In addition to holding licenses from highly respected authorities, the company employs its own security experts to ensure that the games are safe and fair. Of course, they also submit the games for independent testing, so you do not need to take the company’s word for it.

Blueprint Gaming have released masses of hugely popular slots over the years and it is hard to pick the best of them. The slot Ted, based upon the hilariously foul-mouthed teddy bear is hugely popular thanks to its special features that include six randomly triggered base game bonuses and an additional 5 main bonus features, ensuring that there is always something going on. Another very popular Blueprint Gaming release is King Kong Cash. The game takes players to Skull Island where five base game modifiers together with free spins, multiplying and expanding wilds, and more bonuses can help players win big. These are just a couple of the company’s most popular games, others include Diamond Mine, El Jackpotto, and Good Feathers.

Blueprint Gaming ensures that all of its new slot releases are fully mobile compatible and can be played on all Android and iOS devices. Thanks to the use of HTML5 technology, players do not need to install any special software, all you need to do is visit the casino in your web browser and you can start playing straight away. Blueprint Gaming’s older slots are not all mobile compatible, but they are busy updating their back catalogue to ensure that they too can be played on mobile devices.

It is easy to understand why Blueprint Gaming is considered one of the top developers of slots. Their games look fantastic, are full of enjoyable features, and are extremely diverse, ensuring they have something that will appeal to everyone. A particularly nice feature of the games is that they can also be found in gaming cabinets in land-based establishments, so players can enjoy their favourite games on multiple platforms. Blueprint Gaming has massively grown in recent years, and the company looks set to continue going from strength to strength.

Open your free account at mr.play Casino today and you can start enjoying a huge selection of Blueprint Gaming games straight away. 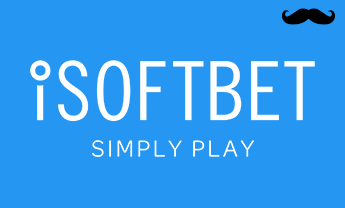 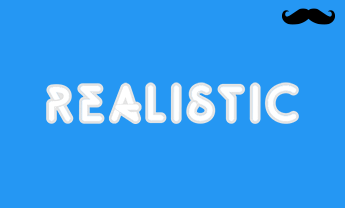