Booming Game was founded as recently as 2014 but they already have a catalogue of more than 100 games that are characterised by fantastic graphics and enjoyable features. In addition to developing games, they also develop a number of back office solutions for casino operators and offer bespoke game creation. All of their products are created in-house, ensuring that the company has complete control over quality, and this is very clear in the end results. The company is aiming to become a leading force in the iGaming market, and while it is still early days, everything suggests that they are on the right track.

The company was founded in the Isle of Man but now has offices in many different locations including Manila, London and Athens. In order to extend its global reach and make its games available in as many jurisdictions as possible, the company is licensed by numerous jurisdictions including the Malta Gaming Authority, the Alderney Gambling Control Commission, the Danish Gambling Authority, the Swedish Gambling Authority, and more. Furthermore, they submit their games to Quinel Limited for independent testing, so players can be absolutely sure that they are fair.

What Makes Booming Games Stand Out From the Crowd

The company has a reputation for creating big and bold games. This means that there is less on offer for fans of classic slots, but plenty to enjoy if you like games packed with features and state of the art graphics and animations. The company places a huge emphasis on creativity and build everything from the bottom up. Thanks to this, they have developed innovative interfaces and created new features and themes for their games.

When you play a slot from Booming Games you will quickly realise that with the exception of the standardised controls, all aspects of the game have been linked to the theme. This means that beyond themed symbols and backgrounds, all visual elements of the games have been designed as part of the theme. Furthermore, it is clear that a great deal of care has gone into the soundtracks and sound effects; they are themed and enjoyable without being intrusive and repetitive.

In addition to the design, the slots have many interesting features such as 2-way and 4-way pay, double, expanding and interacting symbols, multipliers, stacked wilds, wild reels, and more. Many of their games share features, such as the Rotator feature found in slots including Revolution, Paddy’s Pub, and Chicago Nights. When a special symbol lands the Rotator feature rotates the reels set 90 degrees clockwise to form new paying combinations and it can rotate up to three times. It is innovative feature such as this that help to keep the games fresh and interesting.

As Booming Games is continually seeking to innovate, they have a number of hugely popular games. One of these is Shark Meet, which has the Perma 4-Way Pay. This makes identical symbols at any of the four sides of the reels pay. Lines 1 to 4 pay left to right, lines 5 to 8 pay the other direction, lines 9 to 12 pay from the top down and lines 13 to 16 pay from the bottom up. Another very popular game is Booming Circus as it is absolutely packed with special features. It offers expanding symbols, free spins, a gamble feature, a split gamble feature, stacked wilds, payout multipliers and more. At the same time, it has a hugely enjoyable theme and some fantastic graphics. Each Booming Game release brings something new and it is always worth spending some time exploring their latest games.

Booming Games is a modern developer and as such, as they ensure that their games are cross platform compatible. This means that they use HTML5 technology to develop the slots so that they can easily be played on smartphones and tablets. There is no need to install any special software to play the games, just load them in your web browser. The games have been carefully optimised to ensure that they look great on smaller screens and that you can still easily use all of the game controls.

Booming Games may be a young company but they have certainly made an impact. They have quickly produced a large catalogue of very high quality slots that have been an instant hit with players. The games look great and often contain innovative and enjoyable features. While they may not yet have fulfilled their goal of becoming one of the industry’s leading forces, they are certainly headed in the right direction.

Open your free account at mr.play Casino today and you can start enjoying a huge selection of Booming Games’ games straight away. 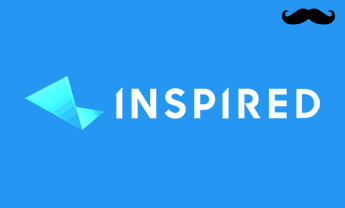 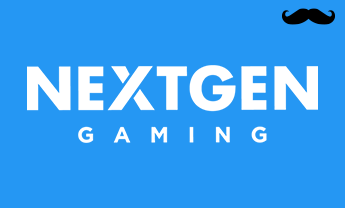