While League One may not have the draw of the Premier League, it is still home to many top footballers and attracts a huge amount of fans. As with all professional football leagues, it offers a massive amount of betting action, and in fact, many find the lower leagues to be even more exciting to bet on. Here at mr.play Sports, we bring you hundreds of League One betting markets and some of the most competitive odds around.

Just because League One may not be the top flight, it doesn’t mean that the markets are not extensive. You will find a huge range that will allow you to bet on all aspects of the sport. As a result, it is worth making sure that you take the time to explore and understand all of the different markets available. They are broadly split into two categories. There are Outright markets, which deal with the league as a whole, and there are Game Odds, which deal with the individual matches.

The most basic of the outright markets is League One Winner, which of course allows you to bet on the team that will win the league. The odds will change as the season progresses, and you may be able to spot some fantastic opportunities. The majority of the outright markets relate to who will be promoted at the end of the season. As such, you will find markets such as the Top 2 Finish, Top 6 Finish, and To Be Promoted. You can use these markets in combination and some of them can also be placed as each way bets, giving you more than one chance to win. The same possibilities are present at the bottom end of the table, and you can bet on which of the teams will be relegated at the end of the season.

However, most of the time the bets you will be placing are in the Game Odds markets. At first, you may feel like there are too many to choose from, with over 100 per game; however, you will soon realise that things are very straightforward. You can begin with basic markets, such as 1X2 Full time, which is simply a bet on a team to win or a draw. You can then begin delving into the more specific markets, such as Half-Time Score, Exact Score, or Both Teams to Score. Of course, not all of the markets relate to goals, but they present some exciting options. For instance, Both Teams to Score is a popular bet as it doesn’t require specifics, but it often offers very generous odds.

The markets are actually split into many categories, such as Goals, Halves, Period and Specials. Each category is worth exploring, as you never know what will catch your eye. For instance, you may decide you want to bet on there being an Own Goal in the match or for one team to fall behind but to then Win From Behind. There are Over/Under markets available and far more. In other words, there are plenty of opportunities to ensure that you have bets riding on almost every moment of the game.

In addition to Outright and Game Odds markets, there is a third category of betting markets, Live In-Play betting. These markets only become available once a game has started and the odds are updated throughout the match to reflect the situation on the pitch. It is a brilliant way to increase your engagement with the game and give yourself more chances of placing winning bets. Many of the same markets are available in-play as are on offer before a game, so you can bet a team to win, make a prediction about the score, and so on. However, there is an entirely new type of bet that is only available in-play. These are the ‘Next To’ bets and they are essentially bets on the next thing to happen in a match. They come in many different forms and allow you to use your judgement to assess how things are going. For instance, you could see an impressive player and bet on him being the next to score or you could bet on the next to foul. Other options include the next corner and the next penalty. There are also markets that allow you to bet on whether something will or won’t happen in the coming minutes. For example, you could bet on their being a goal/corner/penalty/foul/etc. in the next 5 minutes. In-play betting is hugely exciting and to help you out, we even bring you live updates from the games as well as statistics for greater insights.

The English Football League One is the country’s third highest football division, after the Premier League and the Championship, and the second within the EFL. The league’s current form has been in place since the 2004-5 season, before which it was known by various other names including the Football League Second Division. There are 24 teams in the league with the top two finishers being promoted to the Championship at the end of every season. Those who finish in third to sixth place participate in a playoff tournament, and the winner of that is also promoted. The teams that finish in the bottom four places are relegated to League Two.

Clubs in League One are able to play in a number of tournaments such as the FA Cup, the EFL Trophy and the EFL Cup. It is also possible for a team to qualify for the Europa League through some of these tournaments. It is not unknown for League One teams to reach the Premier League with recent examples including Leicester City, Wolverhampton Wanderers, Swansea City and Brighton & Hove Albion. 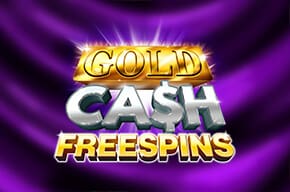