Just For The Win – A New and Exciting Developer

Introduction to Just For The Win

Just For The Win (JFTW) are a young development company, they were founded in 2016 and released their first game in 2017. However, the company has quickly been recognised for its high quality games and they have already formed some major partnerships, such as with Microgaming, ensuring that their games receive a wide audience. The company’s logo is “We share your passion for games” and it is certain that a great deal of care and dedication has gone into each game.

The company places a huge emphasis on creativity and innovation. They claim that they aim to “create great games that inspire and shape the content players play online.” They view each game as a chance to innovate and introduce new features, and this has ensured that all of their releases are very exciting.

Just For The Win is a Swedish company that has its headquarters in Gothenburg and more offices in Stockholm. While it is a young company, there are many experienced people in it and the initial team had more than 40 years of combined experience in the iGaming industry. They have been releasing games at a steady pace over the past few years and all signs suggest that they are going to go from success to success.

What Makes Just For The Win Stand Out From the Crowd

A major advantage that Just For The Win has is that it is run by people who are truly passionate about gaming. The company’s CEO is Tiger Holmgren, began his career as a Blackjack dealer more than fifteen years ago and he is an extremely passionate gamer and a poker expert. Over the years, he has gained a huge amount of experience and he brings this and a great deal of dedication to the company. Thanks to this, the company is continually striving to innovate and bring players the best possible experience and this is definitely evident in all of their games.

Top Features of Just For The Win

Just For The Win have not yet released many games, they have roughly twelve available to play. However, what distinguishes all of the games is their fantastic design. They feature state of the art graphics, enjoyable sound effects, and some very enjoyable animations, all of which bring the games to life and make them a pleasure to play. The games all offer an exciting range of bonus features that often go beyond the standard free spins and help to bring the themes to life. Thanks to all of this, Just For The Win’s games are extremely engaging and immersive.

Just For The Win Top Games

Each one of Just For The Win’s games brings something special that players are sure to enjoy. For instance, Rockabilly Wolves is a game based upon a pack of rock ‘n’ roll loving wolves who can help you win big with an engaging free spins round that features both sticky wilds and payout multipliers. Those more interested in slot gameplay will enjoy Reel Splitter, a game that starts with 81 paylines but an extra reel can be added after a spin to create a massive 243 paylines. The slot also offers free spins during which the paylines payout in both directions. Animal lovers will want to check out the slot Reel Talent, a game based upon an animal talent show that could see you win big with the help of special Super Spins.

Just For The Win Mobile Games

As a young company, Just For The Win have the advantage of all of their games having been developed using the latest technology. Thanks to this, all of their games are completely mobile compatible and can be enjoyed on the vast majority of Android and iOS devices. You will be able to enjoy the games directly in your web browser without having to install any special software. The games have also been carefully optimised to ensure that they look just as good on a smaller screen and that the game controls are just as straightforward as when playing on a computer.

Just For The Win Summary

Just For The Win is a young but very exciting developer of online slots. They currently have a small catalogue of games, but every release has been feature rich and extremely well designed. The games are a true pleasure to play and it seems more than likely that this newcomer to the industry will continue to grow and flourish in the years ahead.

Open your free account at mr.play Casino today and you can start enjoying a huge selection of Just For The Win games straight away. 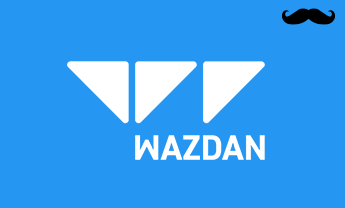 Wazdan – Striving for Innovation with Every Release 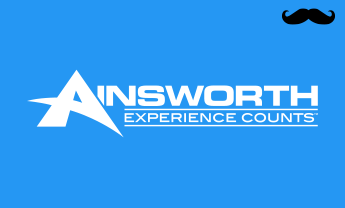