The EFL Championship, or English Football League Championship, is the second professional division in England and there is no doubt that it is hugely exciting. Each season and match brings masses of betting opportunities, and at mr.play Sports fans of the league will find all they need, including hundreds of betting markets and truly competitive odds.

There is an enormous range of betting markets on Championship football and as is usual, the markets are broadly divided into two categories, Outrights, which relate to the league as a whole and long-term factors, and Game Odds, which relate to the individual matches. By carefully exploring both types of markets, you will soon realise that it is possible to bet on all aspects of the league and games, so it is definitely worth spending some time doing so.

The Championship is a truly competitive league and this means that there are some hugely exciting outright bets. The teams battle hard to win the league and be promoted to the Premier League, and this means that betting markets such as Winner, To Be Promoted, Top 2 Finish and Top 6 Finish are always worth a very close look. The odds will change as the season progresses, and if you manage to pick out a favourite early in the season then you may find some truly generous odds. You can also place many of these as Each Way bets, giving you the chance to win even more.

Just as the top of the league is very competitive, so is the bottom with all teams eager to avoid relegation, and this means that the final weeks of the season can be particularly exciting and there may be some great odds available in the relegation market. You will find many other interesting outright betting markets, such as the top goal scorer, and all of these markets are a way of ensuring that you have some betting action going on throughout the season.

Of course, the vast majority of bets placed are on individual games and the Game Odds markets are not lacking. There are usually more than 100 betting markets available on each game, and they start very basic with the 1X2 Full Time market, a bet on a team to win or the teams to draw. However, very quickly the bets become a bit more specific. For instance, you can bet on the Exact Score or give yourself some leeway with the Total Goals Over/Under market. In fact, this is a particularly popular market as many helpful statistics become available as the season progresses, such as the teams’ goals to game ratio, and how many games have resulted in more or less than 2.5 goals.

The Game Odds markets are split into many categories, including Goals, Halves, Period and Specials, and each category contains many interesting markets. The Specials category can be particularly enjoyable with bets such as To Win From Behind, Both Teams to Score, Own Goal, Both Team To Score in Both Halves, and many more. As you look through the markets, you will soon realise that you can turn nearly every moment of a match into a bet winning opportunity.

If you really want to make the game exciting and bring an entirely new level of engagement to watching Championship football, then be sure to look at our live in-play betting markets. These markets are only available while a match is taking place and the odds are continually updated to reflect the action on the pitch. You will find many of the pre-match markets available in-play, so you can still back a team to win or bet on the score. However, there is a category of bets that is only available while a match is taking place, the ‘Next To’ markets. As the name suggests, these are bets on the next thing to happen in a game. It may be a bet on the next player to foul, the next team to score, the next corner, the next penalty, and so on. By carefully following the odds as well as the action on the pitch, you will have the chance to spot some truly exciting betting opportunities and hopefully win many bets over the course of the match. Furthermore, we also bring you live updates and statistics from the games, to help you place as many winning bets as possible.

The EFL Championship is part of the English Football League. It is its highest division and the second highest division in England, following the Premier League. The league is home to twenty-four clubs that compete over the course of the season at the end of which, the top two finishers receive automatic promotion to the Premier League and the third to sixth place finishers participate in a playoff tournament for the chance to be promoted. The teams that finish in the league’s bottom three places are automatically relegated to League One.

Between 1892 and 1992, the Championship was called the Football League Second Division. Between 1992 and 2004, it was known as the Football League First Division, and since then it has been known as the Championship. Despite its new name, the league has retained the same trophy as was awarded to the winners of the First Division before it transformed to the Premier League. The Championship is notable as having more money in it than any other non-top flight football league in the world, and it is the 9th richest league in Europe. Furthermore, it is also one of the best attended leagues in the world with only nine top-flight leagues having higher attendance. 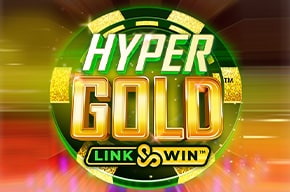