SG Interactive can trace part of its roots back more than 70 years to the manufacture of pinball machines starting in 1943. They have emerged from the company that introduced Tilt technology to revolutionise the industry. This revolutionary and innovative spirit has continued to this day and SG Interactive have released a hugely impressive collection of casino titles, both for the land and online market. The company’s mission statement is, “To empower our customers by creating the world’s best interactive gaming experiences” and it is fair to say that they achieve this on a regular basis.

It is a truly global company with offices in America, the UK, Sweden, India, and Israel, and they are able to use this to create games that have a global appeal. Scientific Games is actually a huge company that is divided into two and SG Interactive is the online gaming segment, working with a number of games studios including Bally, Barcrest, Shuffle Master and Williams Interactive. The company holds licenses from some of the strictest and most respected gambling authorities, including the UK Gambling Commission.

SG Interactive has won masses of awards over the years, including many at the EGR B2B Awards such as Social and Free-play Gaming Supplier of the Year, Social Poker Operator of the Year, and more. They have also won the Casinomeister award for Best Gaming Experience. The list of awards is extensive and shows just how successful SG Interactive is in all areas of operation.

What Makes SG Interactive Stand Out From the Crowd

As mentioned, SG Interactive work with a number of top game studios and this means that they are able to provide casinos with a great range of games. For instance, thanks to their work with Bally Technologies, they are able to bring online casinos many of the favourite slots found in Las Vegas and provide players with a taste of Vegas while at home.

Similarly, their work with Barcrest brings many of the features that the company is best known for, such as board-game type bonus rounds, high-roller options, try again options, and more, all of which serve to make playing the games a more engaging experience.

By working with William Interactive, SG Interactive has gained a wealth of experience and this is evident in the games’ designs. WMS is one of the oldest names in the casino industry and they are fantastic at identifying future trends and developing hit games.

Thanks to the structure of SG Interactive and the company’s work with multiple game studios there are a number of standout features that make the games hugely enjoyable to play. For example, Bally Technologies have produced some of the best known land casino slots in the world and the features that have made these games so successful are often found in games from SG Interactive.

The same is true of their work with Williams Interactive. If you have every visited Las Vegas then it is likely that you will have played on a WMS slot. Thanks to SG Interactive, there is a good chance that you will be able to enjoy the same slots online and this is a massive draw for players.

All of the studios that SG Interactive works with produce fantastic looking games with a great deal of attention given to the graphics and the user interface. It means that the games consistently look great and are easy to navigate, ensuring a hassle free gaming experience.

With games form a number of the world’s to studios, it is no surprise that there are many hugely popular slots from SG Interactive. One of these is Raging Rhino, a six reel slot with an incredible 4,096 paylines and some potentially rewarding bonus features. Through Barcrest, SG Interactive have released an incredibly popular series of slots called Rainbow Riches. They are all Irish themed games that transport players to the Emerald Isle with a leprechaun guide for adventures that are packed with bonus features. There are many more hugely popular games from SG Interactive, such as Snow Leopard, a slot that transports players to the arctic where they can win big with the help of two sets of reels as they battle through the snow.

SG Interactive was very quick to adapt when mobile gaming began to take off and now develops all of their games using HTML5 technology, which is compatible with the vast majority of mobile platforms. It allows players to simple load the games in their mobile devices’ web browsers and begin playing straight away without the need to install any additional apps. The games have all been fantastically optimised for smaller screens so that you can enjoy them fully wherever you are without having to sacrifice on any aspect of the gameplay.

SG Interactive is the digital segment of a huge company that has a vast amount of experience in the casino industry. This experience is evident in every single game they release, they are always well designed, appealing to players, enjoyable to play, and very often have excellent bonus features. By working with a number of top game studios, SG Interactive is able to supply a diverse range of games, with more than enough on offer to appeal to every taste. It is a true force in the casino industry, and the company shows no signs of slowing down.

Open your free account at mr.play Casino today and you can start enjoying a huge selection of SG Interactive games straight away. 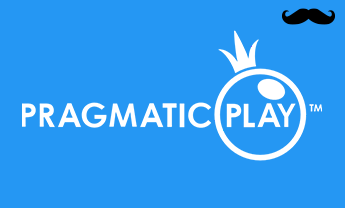